How to find us:

Turn from route 25 towards Örsjö.
Drive straight through the village.
Continue about 2 km we are located on the right side.
Our GPS coordinators:
Latitude N 56 degrees 42 490 E
Longitude 15 degrees 47 136 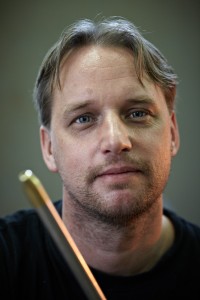 Micke Johansson was born in 1972. He grew up in Flerohopp in the middle of the Kingdom of Crystal. 16 years old Micke started to work at Orrefors glassworks and he became a master glassblower at the early age of 24.

“For me glass has only been an interesting work until I got the opportunity to go to Pilchuck Glasschool. When I got to see what the glass world could offer me I felt like something was missing. I wanted more than just blowing glass to other people. I wanted to create my own unique glass and artglass.”

In January 2004 Micke started to work at Pukeberg glassworks where he could develop and produce his own artglass. 1 April 2011 was the big day when Micke opened up his hotshop on his own farm outside Örsjö.

This website uses cookies to improve your experience while you navigate through the website. Out of these, the cookies that are categorized as necessary are stored on your browser as they are essential for the working of basic functionalities of the website. We also use third-party cookies that help us analyze and understand how you use this website. These cookies will be stored in your browser only with your consent. You also have the option to opt-out of these cookies. But opting out of some of these cookies may affect your browsing experience.
SAVE & ACCEPT